Dave Curley, a multi-instrumentalist, singer and dancer from Corofin, Co. Galway, has been making big waves in the Irish music scene in Ireland, Europe and the USA in the last number of years.

After graduating from the University of Limerick’s groundbreaking Irish Music and Dance programme with a 1st class honours, Dave became a creative member of award-winning bands SLIDE and RUNA. He also regularly performs with Grammy Award winner Moya Brennan of Clannad.

More recently, Dave has been performing with ‘Instrumental band of the Decade’ The Brock McGuire Band. Dave has also recorded with producer Donal Lunny and Grammy award Winners Ron Block, Jeff Taylor and Buddy Greene. His most recent record, ‘A Brand New Day’, marks a new beginning in his musical career and showcases his vocals and writing style which has a contemporary sensibility whilst rooted in tradition. 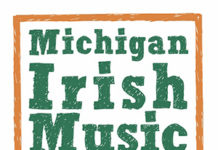 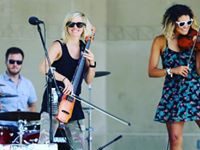 Our Good Friends The Moxie Strings have put out their holiday schedule. We hope you get a chance to see them!! 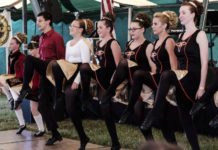 Motor City Irish Fest promises to be bigger and better